ST. LOUIS -- Indiana State was picked to finish seventh in the Missouri Valley Conference. The school earned its first NCAA tournament bid in a decade by knocking off a school that had risen from worst to first.

Aaron Carter scored 15 points and the Sycamores held top seed Missouri State to 19 percent shooting in the second half of a 60-56 victory in the Valley tournament final on Sunday.

"It's unreal, man, it's unreal," Carter said. "We knew we could do it. We came into the tournament pretty confident."

Jake Kelly hit two clinching free throws with 1.4 seconds to go for the third-seeded Sycamores (20-13), who shot 50 percent and earned their first NCAA tournament berth since 2001. Indiana State has won five in a row under first-year coach Greg Lansing and beat second seed Wichita State in the semifinals.

"It's about the best feeling in the world, I'll tell you that," Lansing said. "The Indiana State program hasn't been where it was supposed to be and this group of guys took it back there."

Last season, Indiana State was 17-15, the school's first winning season since 2001, but expectations were still low.

Missouri State's Kyle Weems, the conference player of the year, was held to 11 points on 3-for-16 shooting and his last basket came with 11:12 to go in the first half.

Tournament MVP Jermaine Mallett had 17 points and eight rebounds but was the only starter shooting above 50 percent for the Bears (25-8), who shot 30.5 percent overall and were below 40 percent in all three tournament games.

"I was a ballplayer," said Valley coach of the year Cuonzo Martin, who starred at Purdue in the 1990s. "I know what nights the shots just don't fall."

Missouri State was the 10th seed in 2008-09, Martin's first season. After the semifinals, Martin thought the Bears deserved an NCAA bid but he and players backed off after the final.

"I'm not bellyaching over this," Martin said. "This is a tough league and one of the top conferences in the country. We're 15-3 in a tough, physical league and that speaks for itself. We're 25-8 and just the work we put in. I'm wondering is there a set criteria for getting in?"

Weems hit a tie-breaking shot driving the lane with 1.4 seconds left to beat Southern Illinois in the quarterfinals and was trying for a repeat move. He couldn't get open and passed it to Mallett on the baseline, and Mallett dribbled the ball out of bounds with 2.4 seconds to go.

"When I first caught it I was thinking 3," Mallett said. "I just lost it, it just slipped out of my hands."

Missouri State missed its first 13 shots of the second half, falling behind by as many as eight points. Adam Leonard's driving layup was the first basket with 9:19 to play.

"This is a horrible feeling," Weems said. "I feel like I let my team down."

The Bears won their first MVC title and have a 37 RPI but are long shots to make the NCAAs. The MVC is 12th in conference RPI and is likely to be a one-bid conference for the fourth straight season.

"I've dreamed about this all my life and we're there, baby," Odum said. "We're going dancing, baby. I just pictured myself back in the gym, back in Terre Haute."

The tournament, which is in its 21st year in St. Louis, topped 1 million fans during the semifinals. 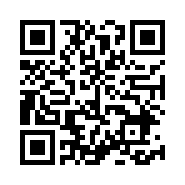